I don’t know whether to laugh or cry. The internal dialogue I have about this is enough to send anyone mad. Its crass and cheap looking, but boy is it funny!

Pour yourself a nice hot brew and each time you raise the mug to take a sip, listen to one of the most famous movie theme tunes of all time!

That’s right you’ve seen the movie, bought the DVD, quoted many a line from the screenplay and possibly even worn the T-shirt? Now you can enjoy a hot beverage and sing along with the Python’s at the same time with this Holy Grail Singing Coffee Mug

This coffee mug plays “KNIGHTS OF THE ROUND TABLE; the sound is activated by a light chip each time you raise the mug to take a sip. The mug itself features Terry Gilliam’s famous graphics plus scenes from the movie.

Fantastic gift for Python and Life of Brian fans everywhere! 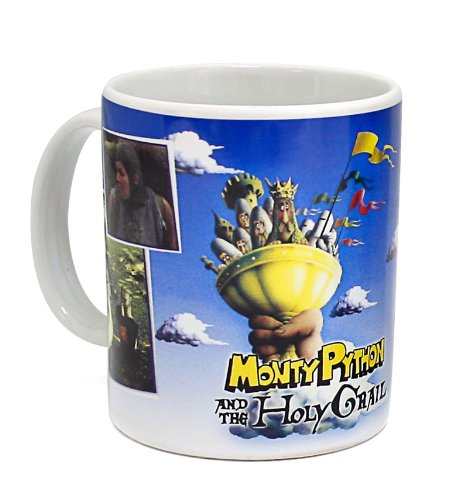